Qualifying proved to be a disappointment for the Brits, none of whom came through. Liam Broady lost in a close match to Frenchman Gregoire Barrere and Samantha Murray lost in another close one to Paula Badosa from Spain. 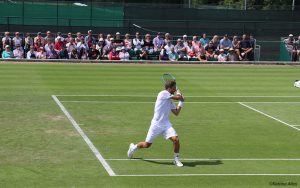 Surprisingly, Sabine Lisicki, a previous Wimbledon finalist back in 2013 when she lost to Marion Bartoli; was also asked to qualify and lost at the final hurdle to Ankita Raina.

She must be disappointed since she was so excited to have won the previous round. 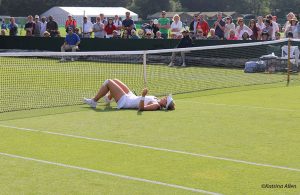 Lisicki’s ranking has dropped significantly to 283 as a result of injuries. Having been ranked as high as no. 12 back in 2012. It seems harsh to not give a wildcard to a former finalist, irrespective of ranking. 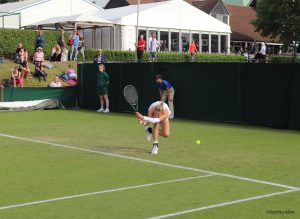 The big news was Cori Gauff who, at 15, is the youngest player to qualify since the Open era began in 1968.

Gauff has wonderfully fluid strokes and is a joy to watch. Her role models are Serena and Venus Williams. Ironically, she will be facing Venus in her first round at Wimbledon on Monday.

Williams at 39, as the oldest female player in the draw, will be playing the youngest player.  It should be an interesting encounter.

Novak Djokovic Is Imperious In Rome For Fresh Title Glory!

Rafael Nadal Reminds The World Of Spanish Riches In Rome