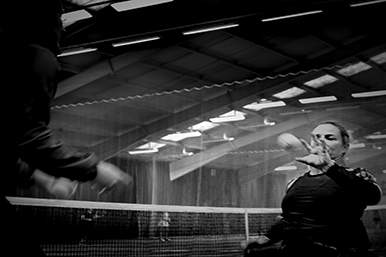 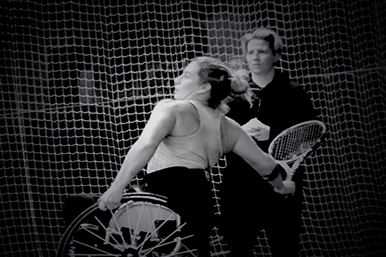 In line with the company's ethos, Wimbledon Debenture Holders is donating a proportion of each transaction for reinvestment into the Tennis Community.

Lucy started playing Wheelchair Tennis in 2002 following a motorbike accident which left her paralysed from the chest down. Lucy has since represented Great Britain at three successive Paralympics, Beijing 2008, London 2012 and Rio 2016 and was also the first Brit to contest the wheelchair tennis events at all four major Grand Slams when she played in New York in 2013.

Lucy’s other notable achievements include winning the Vitalise Women of Achievement Award in 2011, British Tennis Disability Player of the Year 2012 and the ITF Wheelchair Tennis Player Choice Awards in 2007 voted for by all the players on the world wheelchair tennis tour.

Lucy is an inspiration to many and is passionate about helping build the profile of disability sport around the world. With her sights firmly set on more success Lucy will now begin her journey to Tokyo with the hope of more medals.

In addition to her sporting achievements, Lucy was awarded a BSc (Hons) in the Science and Management of Exercise and Health from the University of Surrey in 2001 and is an accomplished Motivational Speaker.

For all her latest news check out LucyShuker.com

To see Lucy and other athletes play in the UK, Buy 2023 Wimbledon Tickets here.

At WDH we are always proud to be associated with Paralympian tennis star Lucy Shuker. Here’s her take on the US Open challenge ahead and much more. Shuker on the decision to go to New York. ‘It’s strange to have mixed feelings about going off to play in a Wheelchair Tennis Grand Slam in New […]

The post Next Stop New York For Lucy Shuker! appeared first on WDH.

Catching Up With Paralympian Lucy Shuker

Lucy Shuker won’t let the coronavirus pandemic dent her dream of participating in another Paralympics. In fact she says she feels a bit like Benjamin Button as she approaches her 40th birthday at the end of May. Remember the Brad Pitt movie character who aged in reverse and got younger as time went on? Shuker […]

The post Catching Up With Paralympian Lucy Shuker appeared first on WDH. 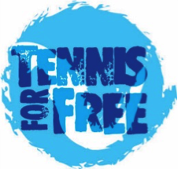 Tennis for Free works in partnership with local authorities, schools and tennis clubs throughout the UK, providing free access to community tennis courts, free coach led group tennis sessions and free usage of equipment enabling those especially from less privileged backgrounds the opportunity to take up tennis in their local park.

A proportion of each transaction on the website during the 2015 season was donated to the charity.

Patrick Hollwey, Trustee at Tennis for Free, added: "We strive to address the barriers for participation in tennis and to bring the benefits of playing the sport to as many young people and families as possible. We are incredibly grateful for the fantastic support from Wimbledon Debenture Holders and the money raised will go a long way in helping us establish new tennis communities in parks across the country."

Call To Choose your Seats.