Roger Federer could face Rafael Nadal in the semi-finals after a dream Wimbledon draw was unveiled.

But Novak Djokovic must start as tournament favourite.

He enjoys a slightly easier projected route to the final than his two biggest rivals.

Novak faces a potential banana skin in the very first round on Monday as he takes on Philipp Kohlschreiber – who beat him at Indian Wells back in March.

But from there you can see Djokovic edging everyone, even Kevin Anderson in their projected semi.

Will Federer or Nadal still have enough left in the tank to take down Djokovic in the final too? You have to wonder. 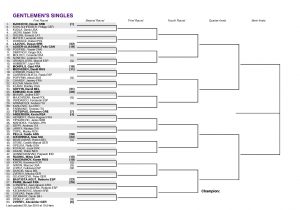 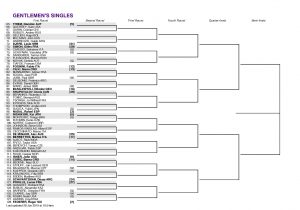 But one thing is for sure. There will be epics aplenty all the way.

She will take on the legendary Venus Williams, 39, in the first round.

Federer faces the South African, Lloyd Harris in his opener. He could play Derby’s Jay Clarke in the second round, if the Brit can beat Noah Rubin first.

Rafael Nadal could have a cracking second-round showdown against Nick Kyrgios if the Australian beats Jordan Thompson and the Spaniard sees off Yuichi Sugita.

So that encounter could have an added edge. 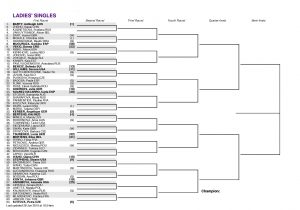 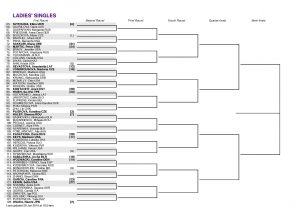 Britain’s Jo Konta faces Ana Bogdan of Romania in the first round but may have a rematch with Sloane Stephens in the third.

That possibility will hold no fears for Konta, who played so superbly against the American at Roland Garros.

It is hard to see Serena Williams winning Wimbledon 2019 after her path to glory emerged.

But if Serena manages it, no one will be able to say she didn’t deserve it.

Serena starts against an Italian qualifier called Giulia Gatto-Monticone and should ease herself into the tournament.

But the big problem comes in the fourth round. There Williams would probably face the in-form Wimbledon champion, Angelique Kerber.

And if Serena were to beat the German, she would surely have to play the world number one, Ashleigh Barty in the quarters.

Britain’s Kyle Edmund takes on the dangerous Jaume Munar in his opener. He could play the hugely popular Greek, Stefanos Tsitsipas in the third round.

But Novak may have to play a massively entertaining match against Gael Monfils just  before that stage.

Thiem faces a tough first-round opponent in Sam Querrey, while Dan Evans will battle it out against Federico Delbonis.

Andy Murray could play against his brother Jamie in the third round of the men’s doubles Wimbledon – something their mother Judy sees as inevitable.

Andy and his partner Pierre-Hugues Herbert play Marius Copil and Ugo Humbert in their eagerly-anticipated first-round match at Wimbledon.

It is all mouthwatering stuff. We can’t wait for the championships to begin. Can you?

Get your tickets here!