When Andy Murray and Kei Nishikori face off this weekend, watched by TV millions, it’ll be easy to forget where the party started. 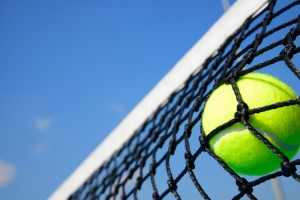 First there were just two nations in the mix. Now the entire world loves the Davis Cup and wants a piece of the action!

The France v Canada tie alone will be covered by 25 broadcasters and distributed in over 100 nations.

What can we expect from the Davis Cup?

The much-loved Davis Cup hasn’t just surivived, it has thrived since a bunch of confident young Americans vowed to take their talents onto the international tennis stage more than a century ago.

The Davis Cup was conceived in 1899 by four members of the Harvard University tennis team, who wished to challenge the British to a tennis showdown.

One of the four Americans was Dwight F. Davis, who came up with the best-of-five format for the competition and then organised a gleaming silver trophy for the winner.

After giving his name to what has become the “World Cup of tennis,” Davis also became a prominent Amercian politician. So it’s strange that he is most remembered for what he did as a student.

In total, 14 nations have been crowned Davis Cup world champions since USA won the inaugural competition in 1900.

The Americans held onto their title in 1902, before the British hit back to win four times in succession. Then Australasia, who had quickly joined the party, emulated GB’s four-year dominance.

Interestingly, given the attention they will command this weekend, Japan reached the final in 1921, though they couldn’t take a point off the Americans at Forest Hills, NY in the showpiece that year.

France won the Davis Cup an incredible six times in a row in the late 1920s and early 1930s, before the Brits took over again with four wins up until 1936.

Amazingly, that was the last time GB won the Davis Cup until the Murray brothers inspired them to victory last year!

Australia ruled the tennis world in the 1950s and 1960s, while the Germans, Americans, Swedes and Spanish have had their moments since then on several occasions.

The Eastern Europeans have made formidable progress in the 21st century.

Russia and the Czech Republic have twice been champions, while Croatia and Serbia have also tasted glory.

If Novak Djokovic, the formidable world number one remains involved – and he’ll be playing for Serbia this weekend against Kazakhstan – his country must remain one of the favourites.
Tomas Berdych’s presence in the Czech team makes their tie in Germany another potential thriller, right at the very start of the competition.

Perhaps more than anywhere, however, the focus will be on Britain, where Murray and Nishikori, GB and Japan are sure to provide some sparkling entertainment.
Can Nishikori cause an upset and inspire Japan to remove the British at the very first stage of their title defence?

It seems unlikely on the face of it, because the Brit team enjoys rather more strength in depth than the visiting Japanese. But this is the Davis Cup – and strange things can happen when players used to going it alone suddenly produce their very best tennis in a team environment out of sheer love for their country.

GB have just tasted Davis Cup glory. Will they still be hungry enough to fend off the Japanese challange? It will be intriguing to see how it all unfolds.

And one thing’s for sure: Nishikori, a world superstar in his own right, with a growing following in Britain, will emerge from the contest even more popular in the UK as well as back home.

Brit crowds already love Nishikori and they love the passionate Japanese supporters too – as we saw during the Olympic Games.

Anyone lucky enough to witness the colourful and vociferous Japanese fans in the Judo hall at London 2012, for example, will welcome a similar contribution to the atmosphere at the tennis this weekend.

And make no mistake, Wimbledon can’t wait for a strong Nishikori run at the tournament, and we hope it will come this summer. The time is right, so why not come over and join the party?

For now, however, it is about team, country and Davis Cup. The dear old competition, with its winning blend of intensity and fun, has come a long way since those Harvard college kids decided to come up with something different at the end of the 19th Century.

You get the feeling a young Dwight F. Davis would certainly enjoy the party in 2016. He did so much to create it, after all.

Looking ahead to the summer? Book your Wimbledon tickets with us today before they’re all gone!