With the French Open having just started, who will be dominating the tennis headlines on the clay courts of Roland-Garros in Paris?

Who can stop Rafael Nadal from winning title No. 12?

Having failed to reach the finals of Monte Carlo, Barcelona and Madrid, Rafael Nadal’s season finally clicked into gear last week in Rome, where he dispatched a fatigued Novak Djokovic in a tough three-set final. “Now is the moment to keep going,” Nadal said after winning his ninth Rome title, and quite frankly, who would bet against him?

The winner of a men’s record 11 Roland-Garros championships, the Spaniard is a mind-boggling 86-2 on the Parisian clay, his only defeats coming in the fourth round in 2009 to Sweden’s Robin Soderling and in the quarter-final to Djokovic in 2015.

“Nadal, number one favourite,” Djokovic, the 2016 French Open winner, said after getting bageled by Nadal in the first set of the Rome final. “Without a doubt. Then, everyone else.”

Still, the top-seeded Serb reigned supreme at the last three Grand Slam tournaments and heads to Paris with a slight edge in their head-to-head (28-26). A second French Open title would move him to 16 majors, just one shy of Nadal. 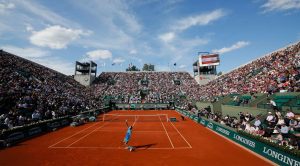 Roger Federer back in the limelight

Although British bookmakers are predicting a Nadal-Djokovic final, the pair may be upstaged by Roger Federer, the 2009 French Open winner who is back at Roland-Garros for the first time in four years.

In previous years, the Swiss superstar shunned the clay so he could shine on the grass, a strategy that paid huge dividends as he claimed the Wimbledon title in 2017.

Federer, who earlier in the season joked he had forgotten how to slide on clay, isn’t putting too much pressure on himself.

“I will be happy if I win a few games and if I can perhaps spend the first week at Roland-Garros,” he told French broadcaster Stade 2 earlier this week.

Is it Thiem’s time at last?

Nicknamed “The Dominator” for his blistering single-handed backhand, Dominic Thiem has got the better of Nadal four times in 11 ATP Tour matches on clay. Still,  playing the “King of Clay” in a best-of-five set format on the vast main Court Philippe Chartrier at Roland-Garros is an altogether different challenge, as the 25-year-old Austrian found out during a straight-sets masterclass at the hands of the Spaniard in last year’s final.

But tournament titles this season in Indian Wells and Barcelona, where he beat Nadal in the semi-final, will surely have given him a boost, and Thiem will be brimming with confidence in Paris.

Can Serena stage the mother of all comebacks?

Having played just one Tour match on clay in an injury-marred season, questions hang over Serena Williams’ form and fitness. But the former world No. 1 is a three-time winner at Roland-Garros and is more than capable of playing herself into form as the tournament progresses.

A 23-time Grand Slam singles winner, the 37-year-old American is one shy of tying the all-time record held by Australia’s Margaret Court. Having lost back-to-back finals at Wimbledon and the US Open, Williams will be keen to set the record straight in Paris. 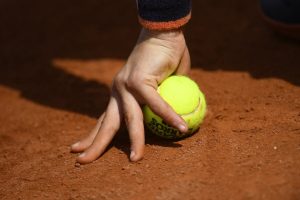 On the verge of quitting the sport two years ago as she struggled with life on tour, Kiki Bertens is having the season of her life. Ranked a career-best No. 4 after beating French Open champion Simona Halep for the Madrid title, the 27-year-old Dutchwoman is the second favourite to win in Paris, behind the Romanian.

Armed with a huge serve, powerful groundstrokes and exquisite dropshots, no other woman has won more matches on clay since the start of 2016.

A modest personality, Bertens doesn’t like the limelight and has at times succumbed under the weight of expectation. Having played in three finals in Paris, will Halep’s experience prevail and take her to the top once more?