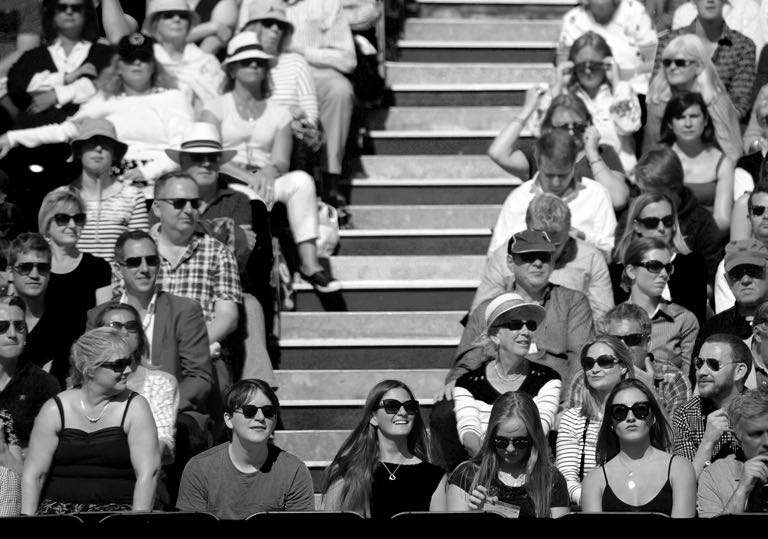 Novak Djokovic made Nick Kyrgios his 28th successive Wimbledon victim with a typically deadly performance in the final. The super Serb has taken four Wimbledon titles in a row and seven in all. That makes him a true master of his craft on grass.

And the Ladies tournament will be opened by Elena Rybakina on Tuesday 4 July.

No one expected Elena Rybakina to win Wimbledon 2022, least of all herself. Rybakina said ‘I didn't expect to be in the second week. To be a winner is just amazing.’

The seats were marvellous. I think we are hooked on Wimbledon.Forever grateful,

Prices all inclusive. Tickets sold as pairs unless otherwise requested. These allow access to the court and debenture lounge. Call to reserve +44 (0)1962 733649.


Click here to complete your details and we will get back to you.

Although Wimbledon tickets are usually available in pairs or groups of pairs we do have single tickets available - please do contact us.

We do hope you will take this opportunity to purchase your Wimbledon tickets and look forward to hearing from you and if you know anybody else who may be interested, please do pass on the message.

Call To Choose your Seats.